Even though it was late November when I visited the High Line, there was still a fair amount of perennials in bloom.
If you didn't know plants well, you may pause when seeing this plant, thinking it's a spring crocus. It is a crocus, but it's Crocus pulchellus or autumn crocus. Like the word 'pulchritude' pulchellus is derived from the Latin word for beautiful. I only saw one of these plants in the whole park and I wonder if some of them didn't survive since most bulbs are planted in the fall and not spring. 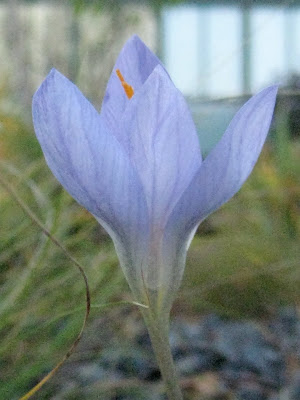 Aster tataricus, or tartarian aster, was a new plant for me. I recognized the flowers instantly as an aster or aster-like plant, but the coarse, dentate foliage was unlike the leaves I usually associate with the genus. 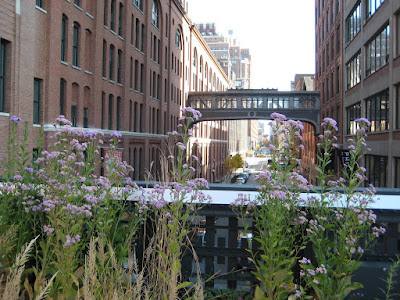 It turns out that Aster tartaricus root has been used by Chinese cultures as an expectorant, antifungal and antibacterial for over 2000 years. There is also a cancer-fighting chemical in the root though its success is not clearly documented. 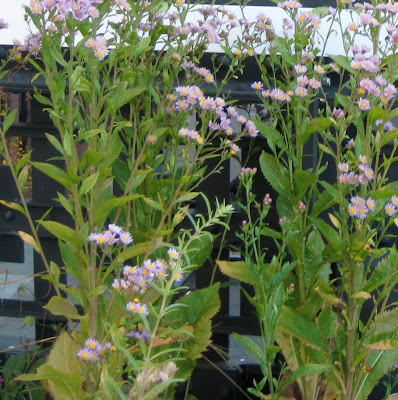 The photos below are that of Knautia macedonica, or pincushion plant. You may recognize it as similar to the more ornamental Scabiosa, also called pincushion plant, and indeed the two are closely related. 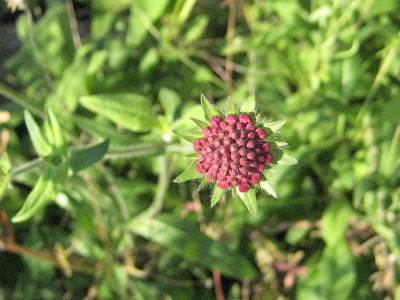 Knautia is named for a botanist, but I found myself wondering what the root word was for its cousin, Scabiosa. Turns out that the rough leaves of Scabiosa were thought to be a cure for scabies and the name Scabiosa was applied. 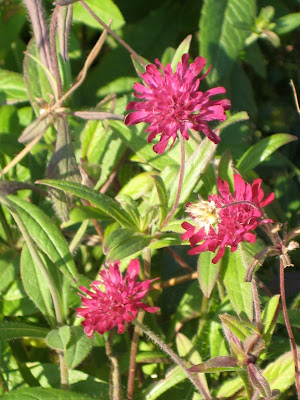 Later this week we'll look at some of the grasses, shrubs and trees.

In Virginia I have seen very pretty Coreopsis in bloom and the winter jasmine which I always confuse with Forsythia.